PHANTOMS OF THE DESERT

“PHANTOMS OF THE DESERT” documentary film directed by Herbert Ostwald with origin of ZDF and Wildlife Pictures Institute’s help will be shown on ARTE this week.

Wildlife Pictures Institute has prepared some footage for this documentary film from its great wildlife footage stock.

Phantoms of the desert – Asia last cheetahs. With only 40 to 70 individuals of Asian cheetah is one of the rarest species in the world. The spotted big cats live only in Iran and are extremely shy. The biologist Mohammad Farhadinia starts an expedition to rescue the animals. For the first time it is possible to shoot wild cheetahs.

Asian cheetahs are nearly extinct with only 40 to 70 individuals. The last live in the great deserts of Iran, since they were cut off from Arabia to India. About the distribution and the living conditions of the spotted big cats was known for a long time little. That should change now: The Iranian biologist Mohammad Farhadinia breaks with a crew on an expedition on. With the help of trained gamekeepers scientists are looking in deserts and mountains for traces of the shy animals. On mountain passes and cat trees hide camera traps to learn more about the endangered cat species.

For the first time it is possible so to film wildlife cheetahs. Researchers get important information about the behavior of the cats and the individual animals identified by their coat patterns. In their journey, the crew discovers also that roads intersect the paths of cheetahs and destroy mining factories their habitat. Support receives Mohammad Farhadinia by state wildlife officers, cheetahs and their prey – protect against poachers and create artificial water bodies – gazelle and ibex.

Whether it is so in view of the small herd of cheetahs is possible to prevent the extinction is unclear. High hopes of researchers therefore rest on the only two Asian cheetahs in captivity, Koshki and Delbar. In a Tehran preserve the couple who was rescued from the hands of poachers lives. Will they provide for their young, which can be reintroduced one day in order to save the species? 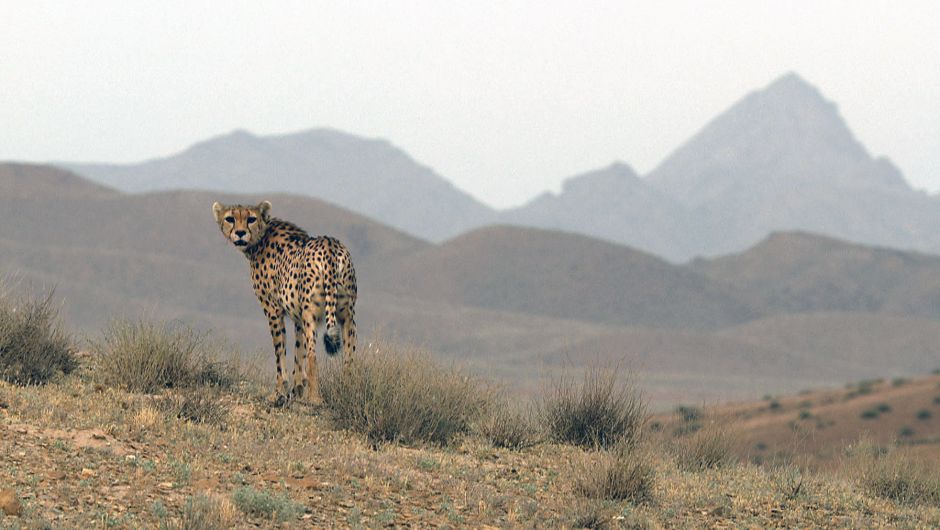 WPI WILL PARTICIPATE IN VAASA WITH TWO FILMS!